Ashley on the Move is part of an affiliate sales network and receives compensation for sending traffic to partner sites, such as Milevalue.com. This compensation may impact how and where links appear on this site. This site does not include all financial companies or all available financial offers. Terms apply to American Express benefits and offers. Enrollment may be required for select American Express benefits and offers. Visit americanexpress.com to learn more. Read the full disclosure here

As the capital of Colombia, Bogotá is an exciting Latin American city you do not want to miss. Between the mild weather, the lively culture, and the friendly people, a few days in Bogotá is a non-negotiable on your trip to Colombia. Be sure to plan for a few days to check out the art of Botero, climb to the top of Monserrate, and eat in Chapinero! But don’t forget to plan accordingly… As any traveler knows, time of year can absolutely make or break a trip. When planning a trip to Colombia, you may want to take the weather into account as the country does have a rainy and dry season. Aside from the rain, though, the temperature is pretty constant! This can be a major pro if the timing of your trip isn’t flexible.

Keep reading to learn all about the weather, seasons, festivals, and what to pack for your trip to Bogotá!

Here’s a quick overview of the best times to visit Bogotá:

🌧 Rainy season: March – May, October, November; you may want to avoid

🧳 What to pack (the short version): a rain jacket and comfy shoes

A little about Bogotá

Bogotá is the capital city of Colombia nestled in the Andes mountains. It is actually the third highest elevation capital in the world at 8,661 feet (2,640 meters)! Similar to the rest of Colombia, Bogotá has a storied past with corruption, violence, and drug trafficking but in recent decades has emerged as an awesome city for tourism. The history adds to the magic of this city knowing all it has overcome and continues to overcome!

This is authentic Colombia at its best. While many other cities like Medellín and Cartagena are no strangers to tourism, Bogotá is lower on the radar of many international travelers. But don’t let that keep you from visiting! You may not see quite as many tourists as other big cities in Colombia, but it is safe and lively. You’ll experience a wonderful taste of Colombian culture and art in the capital city.

The city of Bogotá has a population of about 8 million people. It’s huge! The official language spoken is Spanish and knowing a few phrases will take you far here. We found everyone to be very friendly and willing to help if we at least tried to speak with them! Check out how we enjoyed our day in Bogotá right over here.

Now that we have a little bit of background, let’s get into it. In this article, I’ll be sharing all about Bogotá weather, when to visit, and what to pack.

Bogotá has a rather mild climate year-round. Thanks to its location in the Andes mountains, it never gets too hot. What you will experience, though, is humidity, plenty of rain, and a cool temperature. The temperature ranges from 44-66 degrees Fahrenheit (approximately 13-15 degrees Celsius) and rarely drops below 37 degrees. There is a rainy season and a dry season with March, April, May, October and November being the rainiest months of the year. Want to avoid the rain as much as you can? July is the driest month in Bogotá with approximately 35 millimeters of rain. The city does experience 220 days of fog per year though, so there’s a good chance that even if it’s not raining you won’t have sunshine.

Related: Everything You Need to Know About Visiting Bogotá

There is truly no “bad” time to visit Bogotá as long as you know what to expect. If you want to avoid rain, shoot for December, January, and February. If you don’t mind a little rain, June, July, and August would be okay. You have the greatest chance of more rain in April, May, October and November.

However, as you can imagine, the driest months also have the most tourists. High season in Bogotá is late December through February and then again in June, July, and August. Low season is October and November as well as April through May. The sweet spot between less rain and less tourists is March or September.

Just because you visit in a popular month doesn’t mean you won’t be able to escape the tourists! We visited in June and truly only saw a handful of other tourists. It rained briefly on and off throughout the day and from my understanding, that’s pretty typical no matter if it’s rainy or dry season.

Is the only time you’re free to visit during the rainy season? Have no fear! It typically doesn’t rain ~all day every day~. Expect daily, frequent showers often in the afternoon but you’ll still have plenty of opportunity to explore!

Aside from the weather, you may want to visit Bogotá during a special event. There are a few major events that tourists will specifically seek out:

Carnival de Bogotá is one of the biggest carnival festivals (aside from Rio de Janeiro, of course!) celebrating its Hispanic foundation. This is celebrated every August 5 & 6.

In September, plan your trip around the Bogota Wine and Food festival. What better way to learn about Colombia food and culture than a huge food & wine festival?!

In May, although it’s the rainiest month, it’s also the month that hosts the Baum festival. The Baum festival is huge for its celebration of discotheque.

What to pack for Bogotá

No matter what month you are visiting Bogotá, your packing list won’t change too much! Be prepared for rain, cooler nights, and fog. Oh, and lots of walking around the city, of course! Early spring and autumn outfits are your inspiration for this high altitude city.

The electrical outlets are the same as in the US, so if you’re traveling from here you won’t need a converter of any type.

Bogotá is absolutely a safe city for tourists to visit, but just like any city in Latin America or the world… It’s a large city and you need to take precautions. I’m sure you’ve heard it before but I’ll belabor the point here.

My final tip isn’t so much of a safety tip but something to be aware of. Uber is widely used in Bogotá but your driver may ask you to sit in the front. Uber isn’t “illegal” but the company isn’t liked by taxi drivers or the government due to competition and regulation rules. The app will work and is very quick and cheap but isn’t approved by authorities. To look less suspicious, drivers will have you sit in the front. You also won’t be able to get a pick up from the arrivals section of the airport because police are cracking down at the airports. You can get an Uber from the airport, you’ll just have to walk out towards the highway.

Beat is another app that is widely used in the city. Honestly, taxis were pretty cheap and as long as it was marked, we had meters and a good experience.

When planning your trip, there’s really no “bad” time to visit but the best time to visit Bogotá depends on what you are looking for! Weather is pretty consistent with some rainier times of the year. If you want to avoid the most rain, avoid the rainy season. If you want to avoid the crowds, it’s best to go in the shoulder seasons in late spring and early fall. And don’t forget to check out if there are any festivals or events you want to check out during your trip to Bogotá! However, if you are limited by a work schedule or traveling for an event, you’ll still have a great time. The most important thing is that you make it to this beautiful, unique, and vibrant city! Best time to go? Whenever you can make it!

pin these images to save this post for later!

the absolute best day trips to take from Columbia, SC 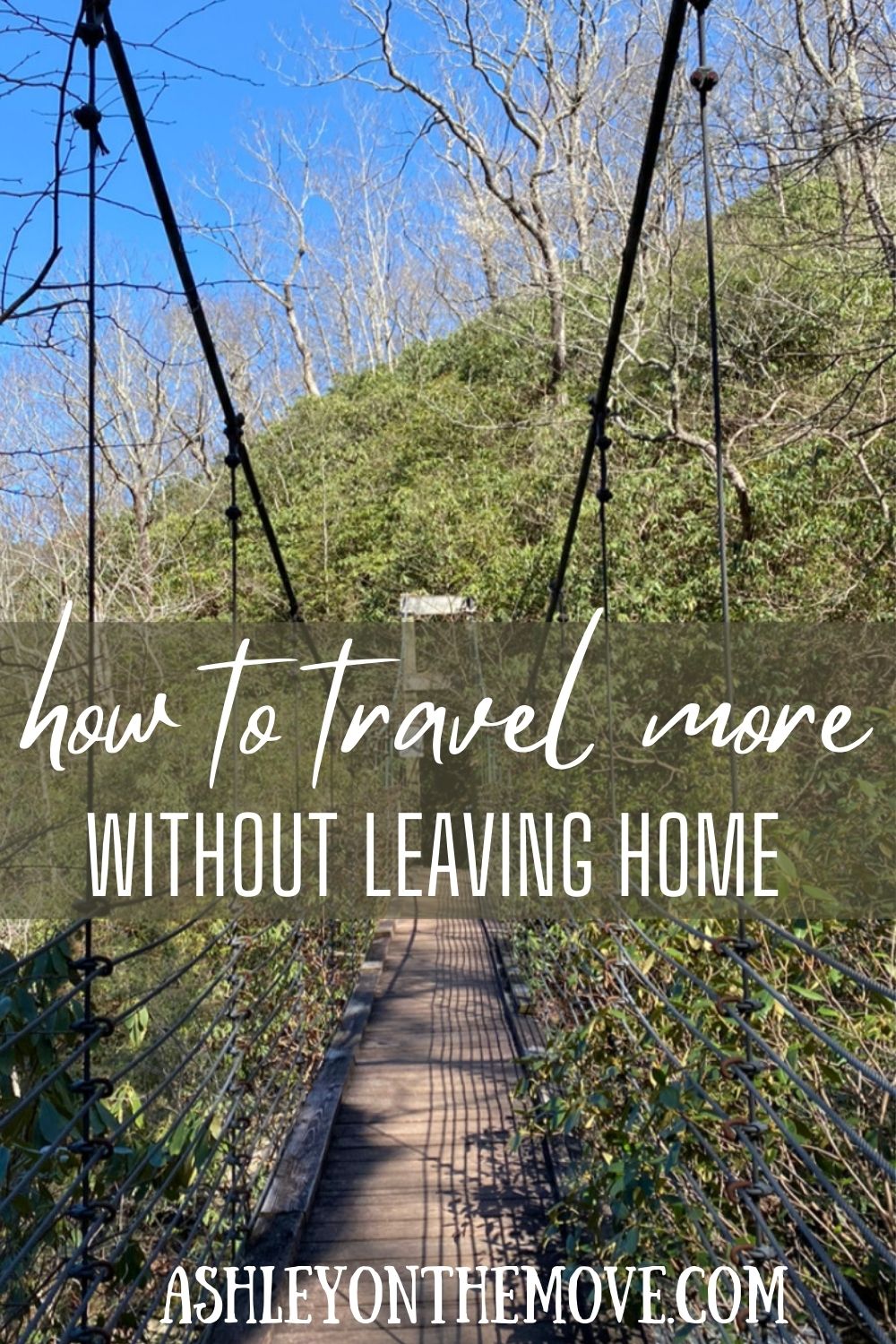 How to travel without leaving home 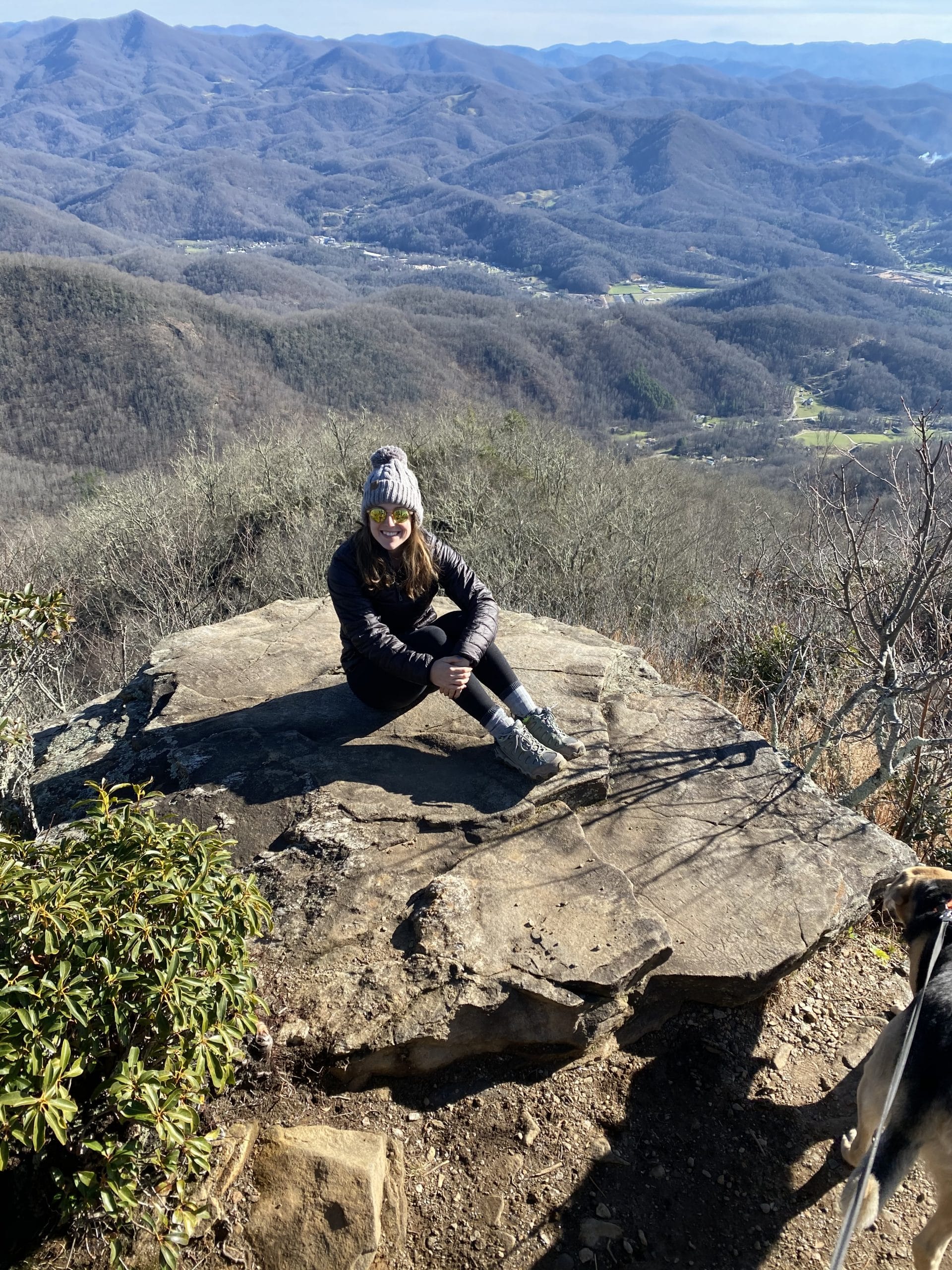 Incredible Things to Do in Salento, Colombia

Hi friend! I’m Ashley, a 20-something newlywed, dog mom, and pediatric physical therapist. I have incurable wanderlust and when I’m not working, I’m dreaming up our next adventure. We utilize credit card points and miles to see the world for nearly free and I’m teaching you the same thing. I’m so glad you’re here!

Not sure what credit card you need to meet your travel goals? Fill out the survey to get a FREE personalized credit card recommendation.

Can’t wait to add another girlie pop to our squa

In 2022, I started to see the potential of what my

“Ashley, you just asked for PTO last month” I

Ready to finally travel more like you always said

Cloud over the Andes mountains in Sale to, colombi